I am in my fourth year of working as a systems engineer on the Cryogenic Demonstration Mission (CDM) at Lockheed Martin Commercial Civil Space. In this role, I’m responsible for the concept of operations, power, and fault management. CDM involves advancing and developing cryogenic storage capabilities by transferring liquid hydrogen in Earth’s orbit. This use case is similar to that of spacecraft refueling in space, which will be key for Artemis.

Before working on CDM, I worked as a systems engineer on the Artemis II flight software Guidance, Navigation, Controls and Propulsion (GNCP) team, where I led the creation of all my subsystems' data products. This was my first job out of Virginia Tech, and it had been my dream to work on the Artemis program. It was amazing working on the mission and getting to meet the astronauts involved. Additionally, I was working on using machine learning tools to analyze Orion test data to better identify and diagnose anomalies.

After Orion, I got the opportunity to work on the Human Lander System on the National Team led by Blue Origin. Although our team did not get selected, it was an amazing experience working on the lander that would land the first woman and person of color on the moon.

Tell us about the work you are doing and how it relates to the Artemis Missions.

My current program, CDM, is advancing the technology readiness level of cryogenic storage, an essential capability for human travel to Mars as part of Artemis. Lockheed Martin believes in the power of nuclear thermal propulsion (NTP) for efficiently getting us to Mars. NTP relies on cryogenic hydrogen storage. CDM focuses on allowing the two projects to directly support each other. In general, cryogenic storage capabilities will allow humans to travel to the farthest edges of our universe.

As humans return to the moon and look to explore beyond, what are you most excited to learn from the mission?

I am most excited about sending humans to Mars! This feat will be truly challenging, and I am excited to work on the technologies we will have to develop on the way there, such as NTP, cryogenic storage, surface habitats, nuclear surface power, and rovers. These missions and technologies are advanced and will bring about many challenges, which excites me as an engineer. My excitement for going to Mars even expands into my personal life with my license plate involving "Gotta get to Mars!"

What knowledge have you gained from being part of such an expansive, multidisciplinary endeavor?

I've learned about how to design a mission that actually closes from a business perspective. It is not enough for the technical aspects of your design to add up.The cost and potential profit you make from your overall mission or service have to provide a profit. At some points, I find this more of a challenge than the actual design because it requires creativity. Working on commercial civil space missions for four years has truly expanded my knowledge of the different subsystems and how to be an effective systems engineer. I have also gained a passion for data and machine learning and how these tools can benefit space programs.

How did Virginia Tech prepare you for your current role?

Two of the biggest impacts from Virginia Tech were VT Students for the Exploration and Development of Space (SEDS) and Design, Build, Fly. I was the VT SEDS president my junior year and had previously been part of the organization. I learned how to lead a team in this organization, as well as seemingly basic skills like requesting funding. These skills gave me an advantage entering the industry as I started off being involved in various programs and projects outside of my normal job. This led me to new opportunities.

Design, Build, Fly also gave me leadership skills but, more importantly, taught me how to effectively work in a team. At work you only work in a team. Knowing how to deal with differences and unite a group of people is such a key skill. Overall, the organizations I was part of at VT really helped advance my career.

What do you think your younger self would think about your current work on Artemis?

My younger self would be amazed to see how I am now. I was always more of a quiet and reserved kid but found my passion for space exploration at Virginia Tech. More importantly, I found my “space family'' (you know who you are!). My younger self would be impressed by all that I have done on my own and with my colleagues along the way. I truly believe in the phrase "sky's the limit" as I have done more than I could have even imagined! 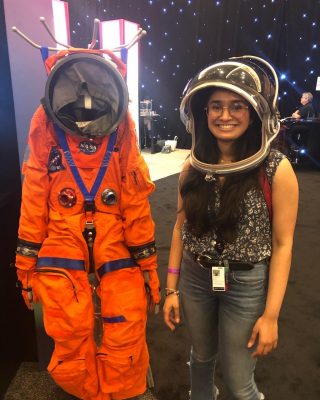 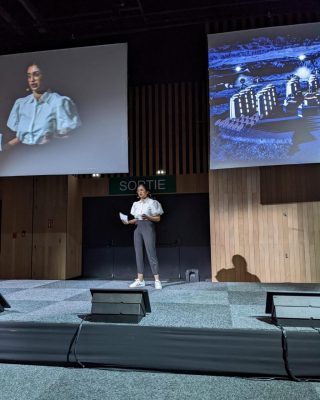 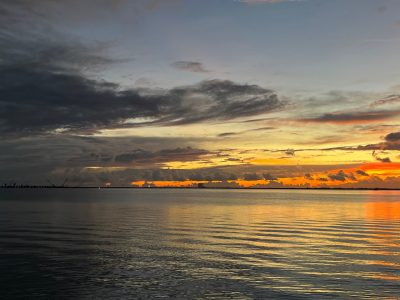 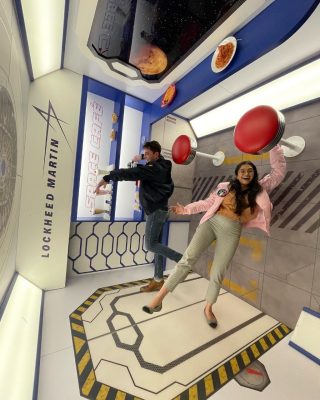