Just after graduation, I worked as a flight dynamics analyst contractor for a.i. solutions at NASA Goddard Space Flight Center. In this role, I was performing orbit and attitude analysis on the Aqua, Aura, Terra, and Tropical Rainfall Measuring Mission spacecraft. Additionally, I was able to work on a few internal research and design projects for a.i. solutions, where I learned more about cislunar trajectory design and analysis. This opportunity allowed me to make a few connections to attend Purdue University, where I obtained my M.S. and Ph.D. in astrodynamics with Professor Kathleen Howell in 2018 and 2022, respectively. While I was in graduate school, I interned for four summers at NASA Johnson Space Center (JSC) on early design stages of the Artemis, Gateway, and Human Landing System (HLS) programs. Much of the work was focused on trajectory and mission design for several aspects of these programs. Ultimately, after completing my Ph.D., I accepted a job offer to work at NASA JSC in the Flight Mechanics and Trajectory Design Branch on the Gateway Mission Design team.

Tell us about the work you are doing and how it relates to the Artemis Missions.

I am a mission design engineer at NASA Johnson Space Center working primarily with the Gateway Mission Design team. The lunar Gateway is going to be the outpost station near the moon that the Artemis program astronauts will leverage for lunar surface missions, exploring cislunar space, and beyond. The work that I do focuses on planning the trajectory and attitude for Gateway as it traverses through cislunar space. This includes ensuring thermal, communications, eclipse, docking, and various other constraints are met so that the Gateway vehicle can stay on its planned path. Since the Gateway is going to be operating in a libration point orbit, a Near Rectilinear Halo Orbit, which relies on the coupled gravity of the Earth and Moon, there are many exciting trajectory and mission design problems that are being solved that have never been considered in human spaceflight previously.

As humans return to the moon and look to explore beyond, what are you most excited to learn from the mission?

I am most excited to see what humankind can learn and accomplish with the new approach for sustainable lunar exploration and beyond. During the Apollo program, we were able to learn so much about the Moon and Earth, but technology has progressed substantially since the 1960s and 1970s. Given the new technology that has been developed, it enhances our ability to explore more interesting and exotic locations, such as the lunar south pole. I am most excited about the fascinating technology and innovation that comes about because of the Artemis program which will enable humankind to do more than ever before.

What knowledge have you gained from being part of such an expansive, multidisciplinary endeavor?

I have learned that you must always be mindful of constraints that other groups might have when performing your own analysis. To be a successful mission designer, you have to be thinking about all aspects of making the mission successful/optimal, not just producing a trajectory that has the lowest propellant cost, or gets you to a destination in the shortest amount of time. Remembering this concept has been invaluable throughout my academic and professional career to help anticipate problems that are going to show up as a mission progresses in development.

How did Virginia Tech prepare you for your current role?

During most of my time at Virginia Tech, I was part of the RockSat-X team. I started out as an undergrad researcher working on the power subsystem for the sounding rocket payload. In my last year at Virginia Tech, I was the co-team lead and was in charge of all aspects of the project from managing people, obtaining funding and presenting design reviews to NASA stakeholders, all while contributing to the design and testing of our payload. It was an incredible opportunity to see the full lifecycle of a mission, from concept to launch, and learn about the hardware aspects of designing and flying a payload, which is very different from my current role.

I also learned a lot from my senior design class, which was taught by Professor Kevin Shinpaugh. The project was focused on designing a lunar outpost that facilitated exploration of the lunar region and locations beyond the Earth-Moon neighborhood (much like the Gateway program). It is fortuitous that I worked on this project back in 2013-2014, since I am now working on just that in my current role at Johnson Space Center! I also met some incredible people on my senior design team, all of whom I still keep in contact with. One of them is Virginia Tech's very own Garrett Hehn, who recently got promoted to a flight director down here at JSC.

What do you think your younger self would think about your current work on Artemis?

I think my younger self would be pretty impressed with where I am now! It was quite a winding road to get to where I am, but well worth the journey. 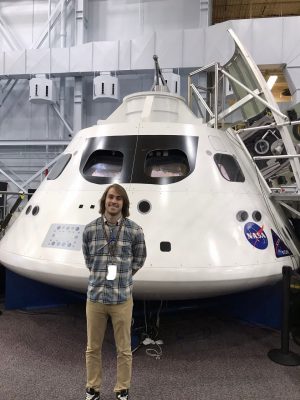 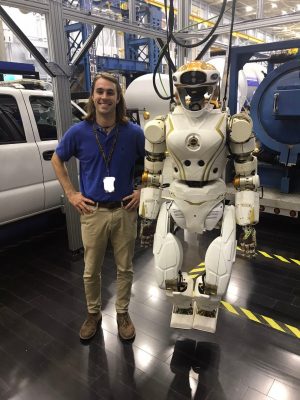 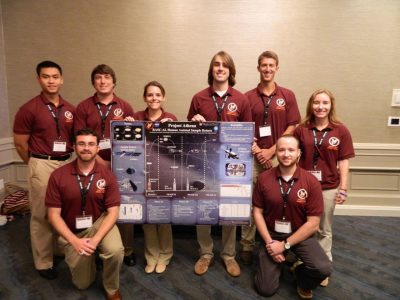 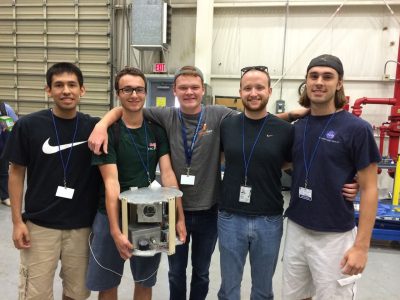 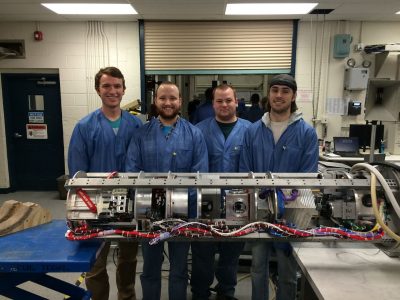